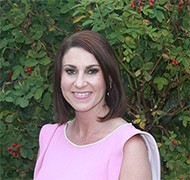 Galway native, Tracy Dunbar introduced Hot Bikram Yoga to the people of Galway and indeed to the West of Ireland in 2005 when she opened up her purpose built Studio. The success of Bikram Yoga Galway has resulted in Tracy being honoured with many prestigious awards including the Junior Chamber Outstanding Young Persons of the Year Award for Business, Economic and Entrepreneurial Accomplishment and the Business Professional Womens (BPW ) Most Innovative Business. Bikram Yoga Galway has also featured on RTEs Nationwide and The City Channel. Tracy believes that the phenomenal growth in its popularity since it opened is due to the fact that Bikram Hot Yoga is the perfect lifetime fitness programme and is equally challenging for men and women of all ages and fitness levels.

In Janaury of this year, Tracy opened “Urban Wellbeing”, which is a 5 Star, Health, Beauty & Fitness Centre. It comprises of a Hair Salon, Beauty rooms, Hoslistic & Therapy rooms, a Hot Bikram Yoga room and a second Yoga room for various types of other yoga classes. It has always been her dream to create a “Yoga Hub” offering a variety yoga classes under the one roof, in a beautiful space.

She looks forward to going to work every day and thoroughly enjoys meeting and having fun with her students and watching their progression in their practice.